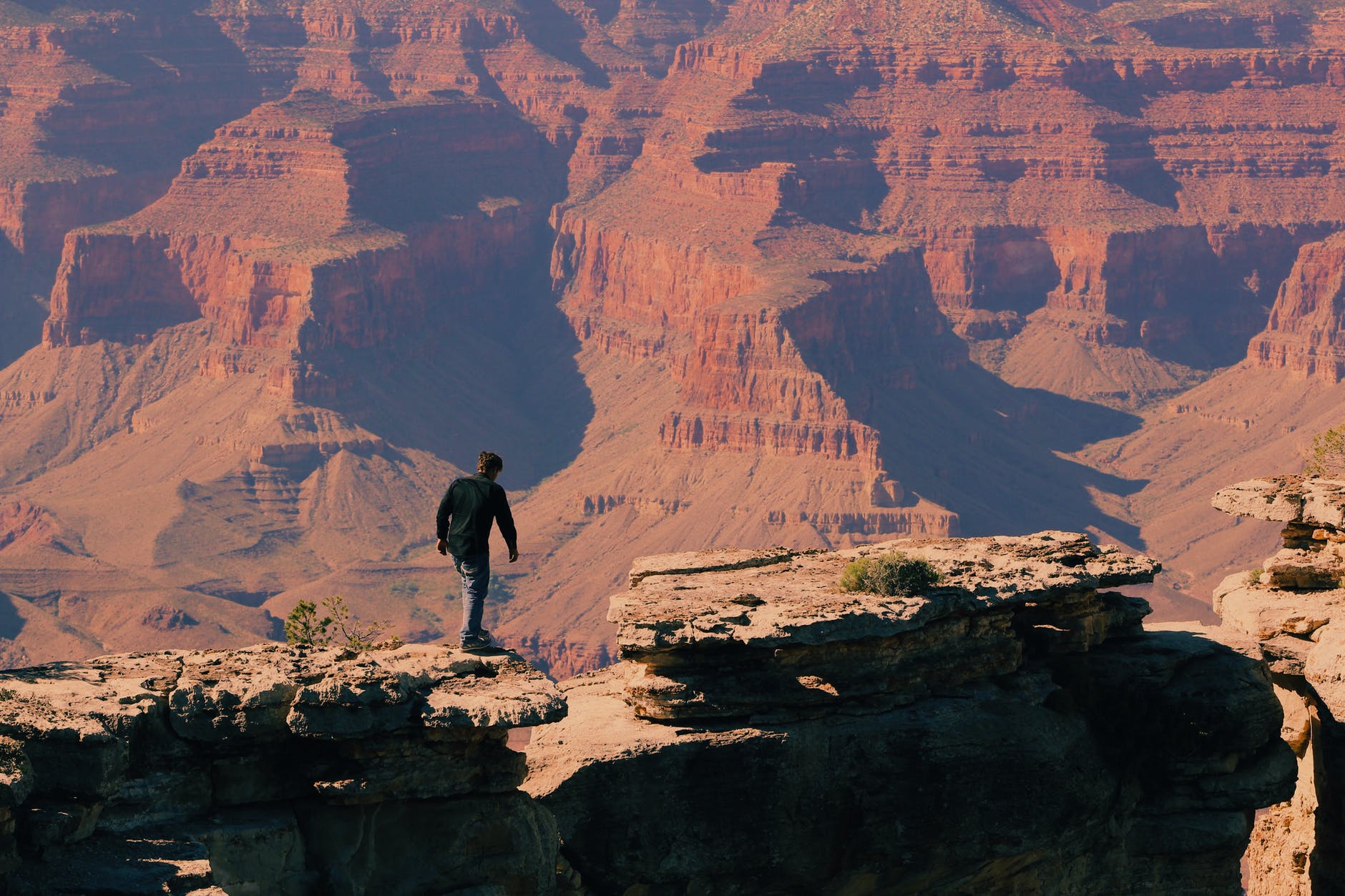 If you have ever visited the Grand Canyon, you know the view is breath-taking. The constantly changing colors, shifting shadows, and striations in the rock make for an awesome selfie background.

Tragically, however, several people have recently fallen to their deaths – at the G.C. and other parks – as a result of losing their balance while trying to capture the perfect pic. In spite of the warning signs, they hugged the edge until gravity took over.

In a sense, there’s always a risky ledge nearby. Life is full of them. As we make our way through this world, there are all kinds of dangerous drop-offs that beckon us, tempting us to leave the path God has marked out so we can get closer to the edge.

Listen to a personal testimony of someone who experienced a close-call in this regard:

But as for me, my feet had almost stumbled, my steps had nearly slipped. For I was envious of the arrogant when I saw the prosperity of the wicked. -Psalm 73:2-3

This believer was leaning out over the edge of envy. He looked around and saw people that didn’t acknowledge the existence of God, yet they seemed to be thriving. Comparing himself to them, he started to hate his life and envy theirs. He almost lost his balance.

Frankly, it is confusing. As a believer, when you see someone who dis-regards God on one hand but enjoys success on the other, it makes you wonder. For example, there’s the guy at work who curses profusely, parties non-stop, and sleeps around. He never darkens the doors of a church and as far as you can tell, he has zero interest in Jesus. But he seems to be doing just fine without Him.

Does it even matter what you believe or how you live your life?

This was exactly the tension faced by the person who posted Psalm 73. From his story, we can identify several repeatable steps to help us overcome envy.

1. Step into the sanctuary. One of the reasons the psalmist was struggling so was because there was distance between him and God. He had not worshiped in a while and the world was wearing him out. His confusion persisted, he says, “…until I went into the sanctuary of God…” (v. 17). As he spent time in the Lord’s presence, things began to clear up and perspective returned.

It’s the same for you and me. We’re stronger when we have regular, focused moments in communion with God. For the psalmist, this happened at the Jewish Temple but for the believer in Jesus, wherever you are now can be that place. Because of Him, you can enter into the innermost chamber of fellowship with God anytime, anywhere. (Hebrews 4:14-16)

2. Be honest. As the fog began to lift, the psalmist got some needed clarity about what had been going on inside of him, envy and all. This led to a healthy, detoxifying confession: “When my soul was embittered, when I was pricked in heart, 22 I was brutish and ignorant; I was like a beast toward you.”

Realizing God’s love for him hadn’t changed a bit, even during his flirtation with disaster, he gained the freedom and security to speak bluntly to God about his life. It helped. Slowly, the joy of his relationship with God began to re-surface and the power of envy began to fade.

More about that in Part II.

“Nearness to God always helps believers maintain a balanced perspective on material things and on the wicked” -Allen P. Ross

One thought on “Overcoming Envy -Part I”