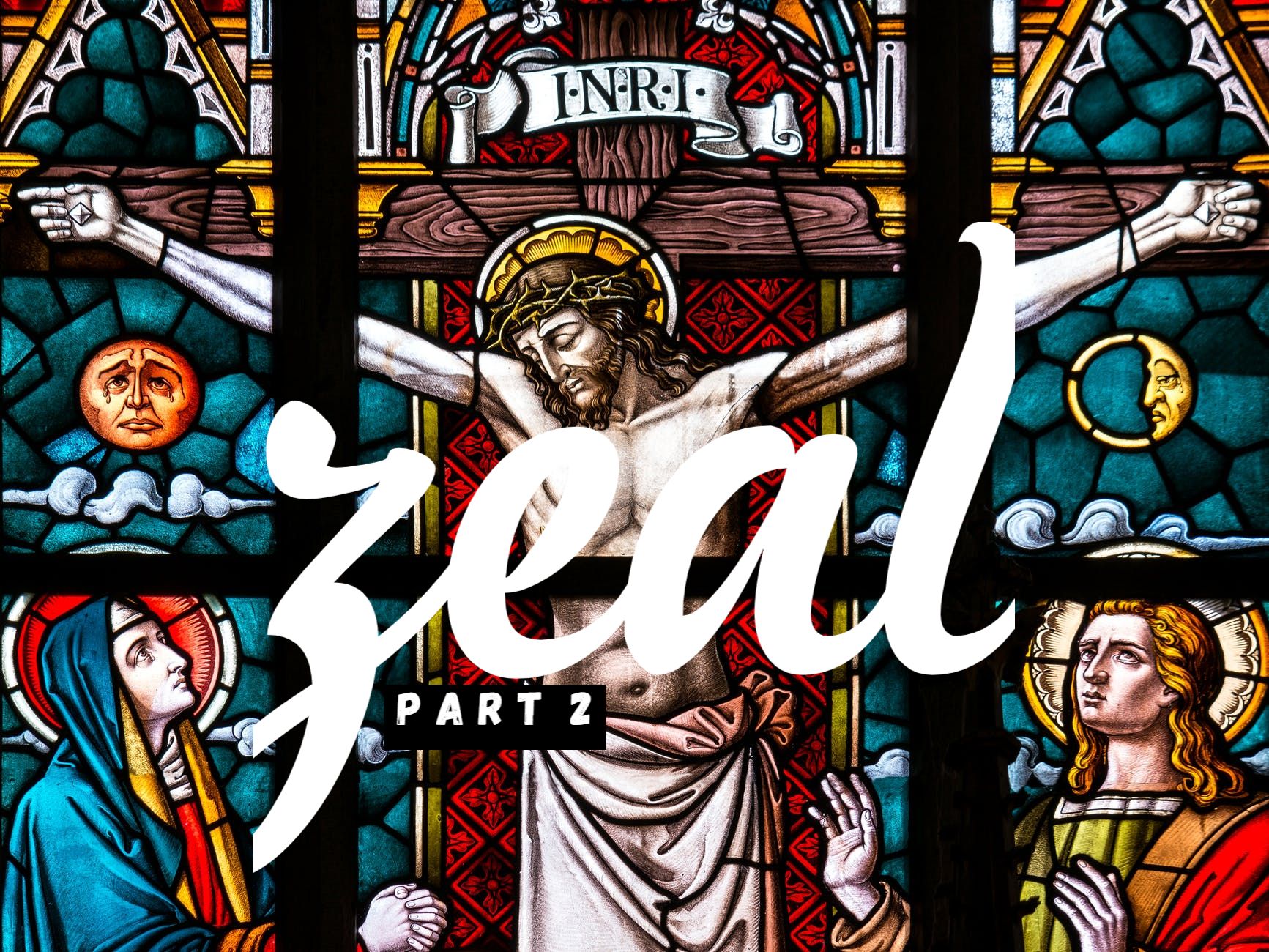 For zeal for your house has consumed me, and the reproaches of those who reproach you have fallen on me.

In the last post, we talked about how life sometimes sucks zeal right out of your heart. We met Lana, for example, whose get-up-and-go for life got up and went due to a series of setbacks. Like many of us, she finds herself numb from all of the negativity she’s been swimming in lately.

We also met Phinehas, on the other hand, a figure from the Bible who had a ton of zeal for God even when he was surrounded by people who no longer cared.

Now to take it one step further, we consider the zeal of Christ.

For those of us who are lacking the zeal we once had and are missing it, there are multiple avenues that could be explored and many suggestions that could be made, like getting proper rest, eating better, exercising, and going deeper in community. No doubt, all those variables contribute to our zeal quotient. But there is another factor that re-invigorates zeal when we’re depleted – the zeal of Christ.

It is the zeal of Christ that fuels His movements in the past, present, and future. Whether He was healing someone, feeding multitudes, casting out demons, or flipping tables in the Temple, the zeal of Christ was, and still is, unquenchable. Even though it would land Him on a cross, the zeal of Jesus for the will of His Father and for the redemption of people could not be curbed.

“When he was reviled, he did not revile in return; when he suffered, he did not threaten, but continued entrusting himself to him who judges justly. He himself bore our sins in his body on the tree, that we might die to sin and live to righteousness. By his wounds you have been healed. ” 1 Peter 2:23-24

Why else would they call it the passion of the Christ?

If you feel like your heart has barely any zeal today, be comforted in knowing that Jesus remains “the same yesterday, today, and forever” (Hebrews 13:8). If your faith has gone flat like a can of soda that has lost its fizz, know that the zeal of Christ is as fizzy as ever. His love is constant and you can trust Him to faithfully shepherd you through all the stages of your journey, even the lackluster ones.